“Any ‘fair-minded’ person can see that these people firing were from a ‘renegade unit’ within the British army” – Patrica McVeigh.

RUC/PSNI is to investigate the activities of a shadowy British army unit operating in the North of Ireland in the 1970s – despite earlier ruling out action against former soldiers.

The RUC/PSNI had ruled out an investigation into the actions of members of the Military Reaction Force (MRF) despite alleged admissions of criminality by soldiers during a television documentary. During the Panorrama programme ex-members claimed they “took the war to the IRA” in the early years of the Troubles. Some soldiers from the controversial unit, which apparently disbanded after 14 months, told journalist John Ware about their involvement in the MRF, including shooting dead several unarmed civilians. Director of Public Prosecutions Barbra McGrory, took the unprecedented step of asking police to investigate the contents of the documentary. However, the families of two unarmed civilians murdered by the undercover unit were told there would be no investigation after Chief Constable Drew Harris said there was no evidence of any crime. Solicitor Padraig O Muirigh, who represents the families of Pat McVeigh (44) and Daniel Rooney (18) said at the time they planned to apply for a judicial review into the decision. Mr O Muirigh, had voiced concerns that no investigative steps had been taken and no effort made to trace or question the former soldiers who had participated in the documentary. 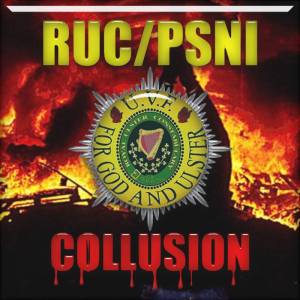 However, as they were preparing to launch a High Court challenge to force the police to investigate the contents of the programme, the RUC/PSNI confirmed they would now investigate the army unit. The Public Prosecution Service confirmed in writing this week that they had been given assurances by the RUC/PSNI that a full investigation would now commence and steps taken to identify the soldiers. Senior RUC/PSNI officer Detective Chief Inspector Brian Hanna has been appointed to take on the case and draw up an “investigative strategy”. “I am now satisfied with these steps and I will keep the matter under review”, Mr McGrory said in a letter informing the families this week. Patricia McVeigh’s father Pat, who was one of those murdered by an MRF patrol, welcomed the development. “We hope Brian Hanna will do a good and thorough job in investigating these men. We would also request a meeting with Mr Hanna and the new chief constable as soon as possible. “We were fobbed of for six months as indeed was the DPP Barbra McGrory. “Any ‘fair-minded’ person can see these people firing were from a ‘renegade unit’ within the British army”. Mr O Muirigh said the new investigation must look at the entire 40-man unit and not just isolated incidents. “What we don’t want is for this investigation to be placed into the hands of the Historical Enquiries Team (HET). We’ve been told a senior investigating officer has been appointed and that’s to be welcomed,” he said. “It is also important that the families meet with the senior investigating officer and the incoming Chief Constable George Hamilton at the soonest opportunity for reassurance that a thorough investigation will now be carried out. “We will be calling for this investigation to look at the entire unit and not just those who took part in the Panorama programme.

With many thanks to: Allison Morris, The Irish News, for the original story.

FERGAL Hallahan was more right than he imagines (November 25) about the derision accorded anyone with the temerity to accuse Britain of deploying a Military Reaction Force (MRF) of plain-cloths British troopers who gunned down unarmed nationalists using non-military weapons.

During my years as both editor of the Irish People weekly American newspaper and national director of Irish Northern Aid, I was tasked with presenting such facts to the American public and especially congressmen. The contention we republicans repeatedly made was that the crown had sent out the MRF and later wiped British fingerprints from their killings by shifting from the MRF to having the shots fired by loyalist proxies. This tactic had obvious advantages, including avoiding British army ccasualties like those inflicted by the IRA at the Four Square Laundry. It allowed the British plausible deniability. Collusion in murders carried out by loyalists could be denied outright and blamed on a cadre of crown force bad apples, no matter how much targeting intelligence, agent control or safe passage the British had supplied. Britain’s answer to these charges never changed. British officials would declare, self-righteously that “Her Majesty’s government” would never stoop to deploy such a unit. The British army ‘yellow card’ rules were sacrosanct, they scoffed and this code was rigorously applied whenever British troopers opened fire.

These sanctimonious British denials were believed by the public, politicians and journalists to the extent that this handpicked death squard remained largely unknown to the public. Panorama’s Britian’s Secret Terror Force proves that republicans were right about Britain’s deployment of a terror force, the MRF. It proves that those high-ranking British officials who denied that the crown would stoop to such tactics were either deliberately misled by the crown or deliberately misleading others on the crown’s behalf. Members of this British terror squad have no worries that they will face justice for killing unarmed Irish civilians like Daniel Rooney or Patrick McVeigh. They freely boast of their misdeeds, for the television cameras. Confident that they enjoy a selective immunity and impunity, not granted to republicians like Gerry McGeough, Seamus Kearney or John Downey.  We republicans were right about Britain’s tactical shift from the MRF terror force to doing their ‘dirty war’ work through loyalist proxies. Must we await another documentary before people face the facts about Britain’s complicity with loyalist killers in collusion murders?

With many thanks to: Martin Galvin.