Here are some facts. Britain is leaving a club. It is impossible to enjoy that club’s benefits outside it… Members of the club will support each other against outsiders as they have been demonstrating by backing the Republic

YOU might think from all the hype around it that March 29th or, to be precise. 11pm on March 29th, will be the end of the argument about what kind of Brexit there will be. Deal or no deal? Backstop or no backstop? World Trade Organisation rules or free trade? Sorry to disabuse you of such notions. 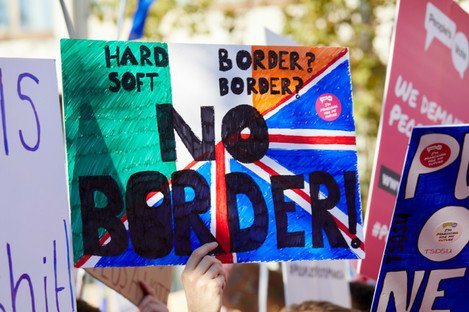 March 29th – and Theresa May seems determined to leave the EU on that date – is not the end. It is the end of the beginning. There are years more of this sturm and drang, a necessary and long overdue process tearing British politics apart. Divisions are so deep in England – and essentially it is an English problem foisted on Scotland and the North of Ireland – that being a Leaver or Remainer is going to be like being a Cavalier or a Roundhead in the English civil war. Incidentally, that war also sucked in Scotland and Ireland for a generation. No, if you thought the last 30 months were unbearable, you ain’t seen nothing yet.

The best short description of the truth, logic and reality that Britain will have to face is contained in a little booklet by Sir Ivan Rogers. Rogers was the UK’s ambassador to the EU, an expert on EU negotiations, the ‘insider’s insider’ according to one description. He resigned in January 2017 before he was pushed. Theresa May and her ministers didn’t like hearing the truth from Rogers, such as, it will take a decade to negotiate a trade deal. His booklet, at 96 pages, is a snappier version of a lecture he gave at the University of Liverpool in December. It is called 9 Lessons in Brexit and won’t make him any more popular with the British government than he was then he resigned. JK Rowling said of Roger’s lecture: “Remember the words of Ivan Rogers the next time you see some plausible posh boy in a suit telling you no deal wouldn’t hurt at all.”

Robert Preston sid: “Rogers cuts through the guff spoken by government, ERG. Labour and pretty much everyone else.” That of course includes the DUP but then, never having had an original thought about Brexit themselves, they merely regurgitate the codswallop they hear the ERG spout. They’re an old computer programming acronym – GIGO: garbage in, garbage out. Here are some facts. Britain is leaving a club. It is impossible to enjoy that club’s benefits outside it. It is impossible to have frictionless trade outside the Customs Union and Single Market because the market belongs to club members and is subject to the European Court of Justice. Members of the club will support each other against outsiders as they have been demonstrating by backing the Republic.

A UK team will not be in the room negotiating with the EU27. As Rogers points out: “Brexiteers fantasize about a style of negotiation which is only available to members of the club.” The UK will be facing a position agreed by the EU27, which is what is happening at present. After March 29th, whatever the outworking of the English politicians negotiating with themselves as they have been now for 30 months, the UK will enter a state of permanent negotiations with the EU as an opponent, not a partner. Last week the EU’s trade agreement with Japan came into operation after six years of negotiation. On March 29th the UK falls out of that agreement along with 50 other agreements the EU has made with third countries. Why does anyone think the UK will be able to seal a better deal than the EU has done with Japan, or anywhere else? Ask the DUP or get real.

With many thanks to: Brian Feeney and The Irish News for the original story