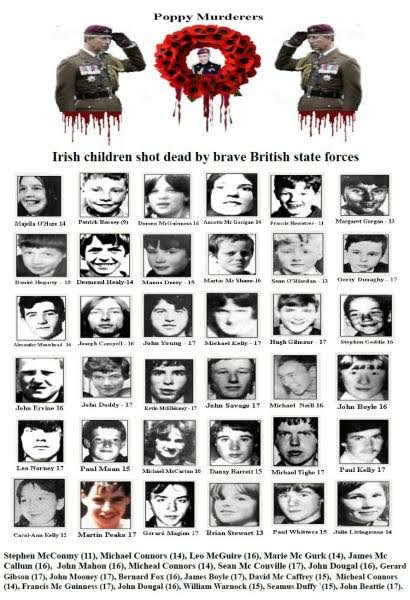 A SUGGESTION that the families of two young teenagers murdered by plastic bullets in 1981 (the year the 10 men died on hunger-strike) including Bobby Sands.

Should use the Freedom of Information (FoI) request to access files on their deaths has been dismissed as “unacceptable”. SDLP leader Colum Eastwood raised the cases of Paul Whitters (15) and Julie Livingstone (14) with Secretary of State Brandon Lewis in the House of Commons yesterday. Paul Whitters was murdered in Derry in April 1981 while Julie Livingstone, was murdered in Belfast the following month.

Government files relating to their killings have been reclassified and closed until 2059 and 2064 respectively despite appeals by their families for access. The family of Julie Livingstone said the decision that no-one who knew the teenager personally would be alive when the file was opened. At Secretary of State’s questions yesterday, Mr Eastwood told Mr Lewis there was “no good reason” to keep the files closed and asked: “Will he now act to allow the parents of those children to see the files?” Mr Lewis said he had “enormous” sympathy for families of those who died during the Troubles, especially children. He said the next step for the families should be to submit a Freedom of Information request to the National Archive. However, Sarah Duddy of the Pat Finucane Centre said Mr Lewis’s suggestion had been dismissed by the families in the past.

With many thanks to: The Irish News and Seamus McKinney for the original story

YOU probably didn’t notice and there’s no reason why you should, but the same day that a certain loyalist blogger and serial self-publicist was giving evidence to Stormont’s Nama inquiry the Northern Ireland Office (NIO) snuck out its policy paper on implementing the Stormont House Agreement.

Needless to say it got it got virtually no coverage in the tidal wave of sensational allegations made about the alleged recipients of money from the Cerberus deal. If you’ve ever wondered why the Northern Ireland Office (NIO) decided to draft the Stormont House Agreement Bill 2015 and bring it through Westminister rather than allow the clowns in the big house on the hill to legislate, once you read the policy paper all becomes clear. Quite simply the British government intends to control the Historical Inquires Unit (HIU), on what information it can have and what it can reveal. Anyone who beleives that the Policing Board will hold the HIU accountable is living in cloud-cuckoo land. “The secretary of state will have oversight of the HIU regarding reserved and excepted matters.” The UK government will prevent disclosure of any material or information ‘likely to prejudice national security (including information from the intelligence services)’. None of this material can be published ‘without the consent of the secretary of state’. Now as we all know from past experience, ‘likely to prejudice national security’ is whatever our proconsul for the time being decides is national security. When you look at the policy paper you see it begins with a questionable statement and continues to ignore all suggestions and recommendations made by interested parties, nationalist political parties, NGOs like the Committee for the Administration of Justice and university academics. In short, it’s a classic NIO document. It begins with the unconvincing claim that ‘the institutions have the needs of the victims and their families are at their heart’. No. The needs of secrecy in the Ministry of Defence, the NIO and the Home Office are at their heart. It has never been any different in the secretive British state. 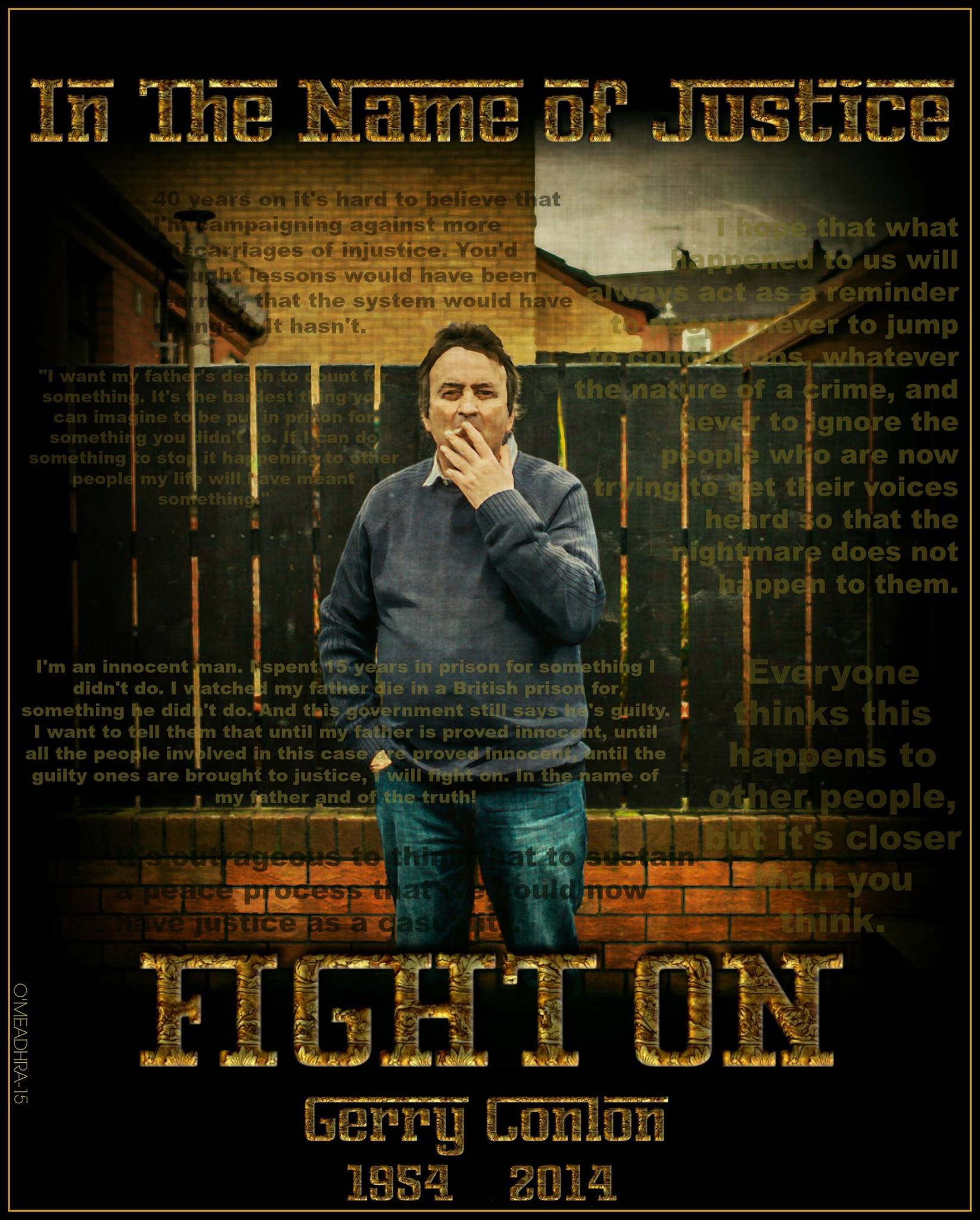 For example it was only in 2002 after Freedom of Information requests that details of Special Branch investigation into Charles Stewart Parnell and other Irish MPs were released and even then only in restricted fashion. The names of informers (touts) and amounts paid are still secret 125 years after the fact. Academics at QUB, Sinn Féin (Shame Fein) politicians and the CAJ among others recommended that former RUC and RUC Special Branch personnel be not employed in the HIU partly because they may have been complicit in collusion or cover up or both. The great merit of the Historical Enquiries Team was that its personnel were seconded from English forces and we all know why. However, ignoring all that, ‘the bill does not prohibit the HIU from recruiting persons who have previously served in policing or security roles in the North of Ireland.’ 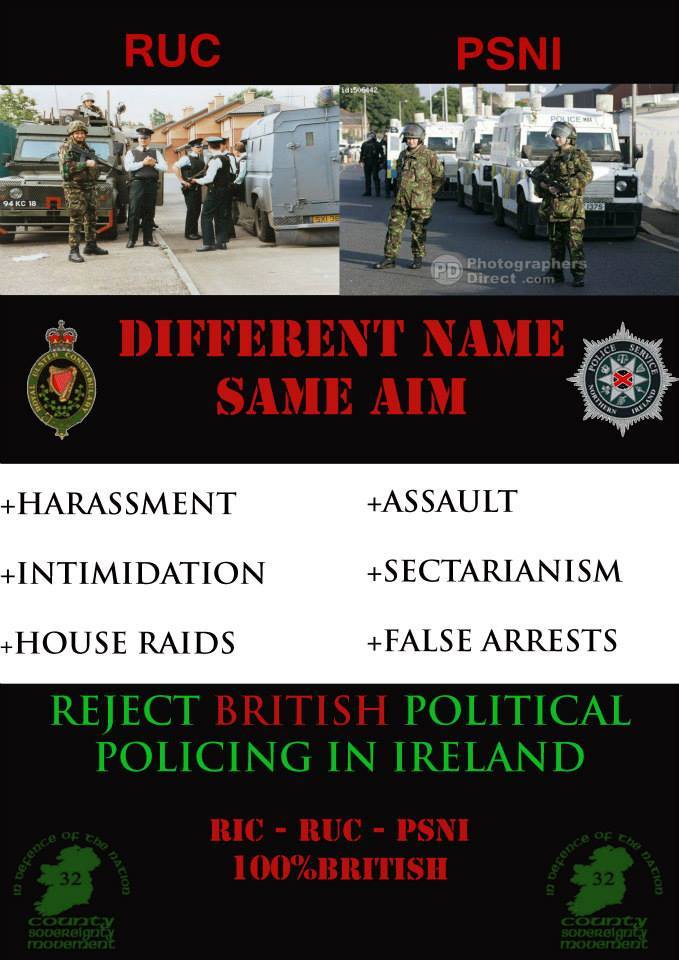 So the HIU won’t work and the NIO has made sure it won’t work because it will only investigate and publish what the NIO allows it to invstigate and publish. Then there’s the Independent Commission on Information Retrieval (ICIR). It’s modelled on the Independent Commission on the Location of Victims’ Remains (ICLVR) which has worked extremely well. However, the NIO policy paper goes out of its way to make clear that while information given to the ICIR is inadmissible in court, if that information is obtained or can be obtained by other means then prosecution may follow.

That puts the kibosh on the ICIR because given the record of the PSNI over the past four years, starting with the Boston College fiasco (all hearsay) and continuing with their apparent trawling after the killing of Kevin McGuigan with almost a score of people arrested and released, who is going to risk giving information to the ICIR to pass to families? Inevitably individuals in the PSNI/RUC would be working backwards from the material a family recieved. In mitigation it has to be said on the basis of evidence so far, that’s only likely in the case of prominent Sinn Féin figures. Buried in the policy paper is our proconsul’s admission that ‘on some detailed questions covered in the bill, there is not yet a clear consensus between the five main North of Ireland parties. Work will continue to build consensus on remaining points of difference.’ Yeah right.
With many thanks to: Brian Feeny, for the origional story, The Irish News.