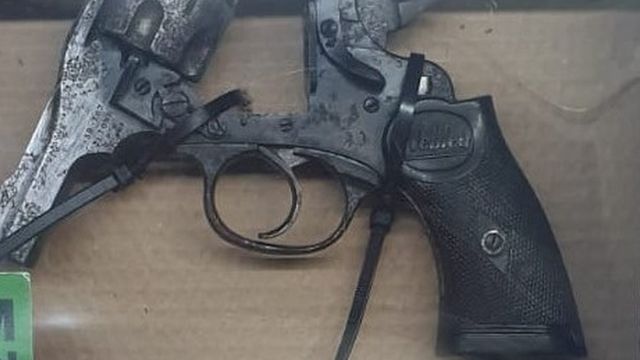 Two men, aged 35 and 34, have been arrested after a gun and ammunition were found in west Belfast.

The Paramilitary Crime Task Force was conducting an investigation into the criminal activities of the INLA.

A vehicle was stopped at the Falls Road at about 21:20 BST on Friday.

A property in Whiterock was then searched and the firearm and ammunition, which have been taken away for further forensic examination, were found.

The men were arrested on suspicion of possessing a firearm and ammunition in suspicious circumstances. Both men remain in police custody.

Det Insp Hamilton said the seizure had “made the community of west Belfast, and indeed the wider community a safer place following this investigation.”

“The Paramilitary Crime Task Force will continue to listen to the community and act on the information they provide,” said Det Insp Hamilton.

With many thanks to: BBCNI for the original story