This is odious language. There are no “vexatious prosecutions” in this jurisdiction. In the context of current talks

must clarify to families tonight if this is his Gov policy or will this Gov meet its legal obligations to families under international law?

Transparent goal setting in public office is important. You pay my wages; here’s the priorities 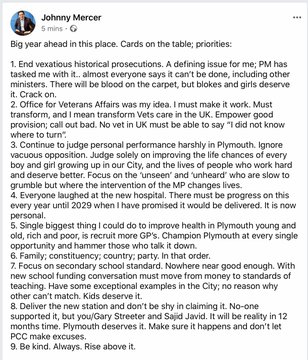 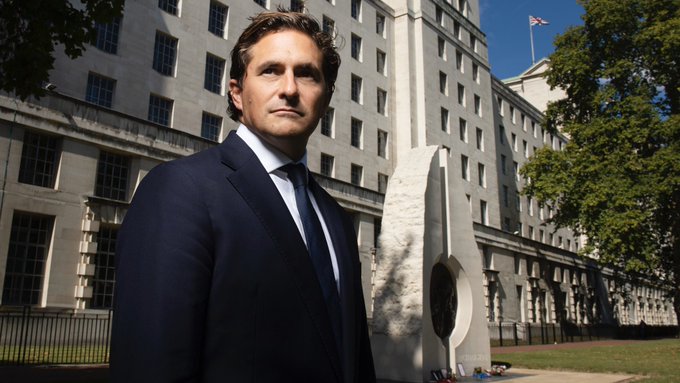 7:28 PM · Jan 3, 2020·Twitter for iPhone
With many thanks to: Johnny Mercer for the original posting on Twitter

” We are surprised and disappointed by the decision of the Supreme Court but nevertheless bound by its ruling ” – Peter Murphy.

LURGAN Republican Martin Corey has been refused permission to appeal to the Supreme Court challenging the refusal to allow his defence team access to ‘closed intelligence’ used to keep him behind bars for the past three years.

The 63-year-old has been held in Maghaberry Prison since 2010 after his life licence was revoked by the then Secretary of State, Shaun Woodward, on the basis of “closed material”. His defence team, led by solicitor Peter Murphy, have argued that they are prevented from defending against allegations that he is a danger to public safety because three successive secretaries of state have refused to disclose “confidential intelligence”. The lawyer says they will consider taking a human rights case to the European court at Strasbourg. Corey, who served a life sentence for the joint-enterprise murder of two members of the RUC in 1973, was released from prison on licence in 1992. In April 2010, when he was working as a grave digger, he was arrested and his licence was revoked. In 2011 he was refused parole.

During a High Court appeal in July 2012 Mr Justice Treacy found that the Parole Commissioners had acted in breach of the Lurgan man’s human Rights and that insufficient detail about the allegations had been provided to him. The judge ruled that Corey should be released on bail immediately but this decision was overturned within hours by then secretaty of state, Owen Paterson. Yesterday Mr Murphy said : “We harbour the greatest concerns about the authenticity and strength of these allegations that have seen Mr Corey, deprived of his liberty for over three years. “In short, we see this as internment 2013 and if there is any real confidence on the part of the secretary of state [Theresa Villiers] that only one of these allegations is true, then we would challenge those responsible for having Mr Corey incarcersted to initiate a proper investigation and if needs be charge Mr Corey. “We are surprised and disappointed by the decision of the Supreme Court but are nevertheless bound by it’s ruling. “We will now however be seeking to have our client’s basic human rights and specifically the right to challenge the ongoing deprivation of his liberty, vindicated by the European Court of Human Rights in Strasbourg”. Jim Mcllmurry, who acts as a spokesman for Corey, said : “Martin has come to expect little, and often less, when it comes to the justice system in the North of Ireland. “Our attendence at the Supreme Court in London would have given us the opportunity to expose many aspects of this case which I feel would not be found acceptable in any English court. “He has served what amounts to a six-year sentence without ever being questioned, charged or sentenced.”

With many thanks to : Allison Morris, Irish News.

Below I have posted an update on Martin Corey which explains the events of yesterday. Martin has once more been denied basic human rights through a corrupt system led by the Sec of State, Teresa Villiers and the British Government. Everything his legal Representatives try, to reach some sort of conclusion on Martin’s Administrative Detention is being thwarted. He has served a 6 year sentence to date with no charges leveled against him. This news is “Soul destroying” for Marin and his family. Please read and share.

Latest update on Martin Corey from his friend Jim McIlmurray.

At 4:50 pm yesterday, May 2, 2013, I received the news that the High Court had overruled the application to take Martin’s case to the Supreme Court in London.

This devastating news came without warning. Martin’s legal team has spent months building his case with such strong conviction that I feel it would have ensured his immediate release under the European Convention on Human Rights.

In July 2012, a Belfast High Court judge ordered Martin’s immediate release, which was overturned within hours by the then unelected Secretary of State, Owen Patterson.

This decision was challenged in the High Court and the case concluded unsuccessfully in December 2012 with the three-man panel of judges upholding the directive of Owen Patterson. At that stage, an application was made to appeal the High Court’s decision in the highest court in the country, the Supreme Court in London.

I spoke with Martin this evening and informed him of the news. Martin has come to expect little, and often accept less, when it comes to the justice system in the North of Ireland.

Today’s announcement of the High Court ruling has been a bitter blow to the campaign for his release, but it will not undermine my determination in seeking his release. If anything, it will harden my resolve for justice.

We need to expose this continuing tyranny. British government officials are quick enough to state that the world’s worst human rights abusers are Burma, Equatorial Guinea, Eritrea, Libya, North Korea, and Sudan. Over the past three years I have witnessed first hand everything these officials have done to Martin and I feel the British government is making a mockery of truth by not including its own name on the list above.

STOP the EXTRADITION of Liam Campbell to Lithuania on trumped up ALLEGATIONS!! Lithuania’s prison regime has continuously drawn severe criticism from both the European Committee for the Prevention of Torture (ECPT) and the European Court of Human Rights. Furthermore, leading global Human Rights organisations have continuously highlighted blatant violations of BASIC Lithuanian prisoner human rights! END the ‘Out of Sight, Out of Mind’ attitude of the Stormont Executive & The Dáil on this issue!! Where is the ‘Island of Ireland’ rhetoric NOW!! beir bua!!

POSTED ON BEHALF OF : FENIAN