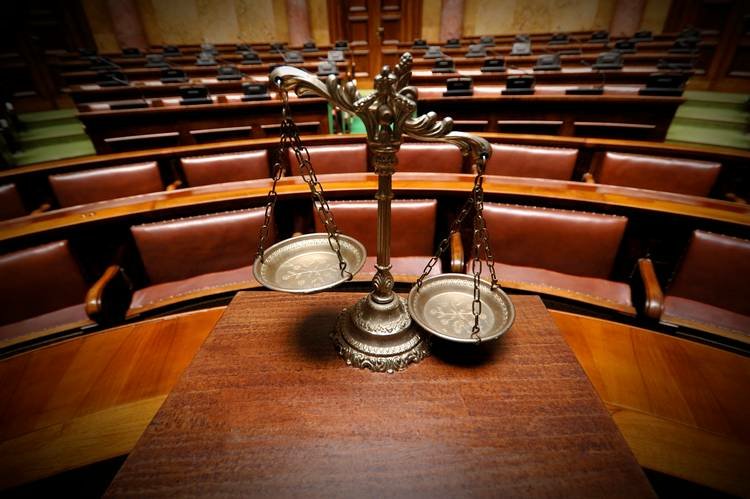 A ROW has broken out in England after a former judge suggested using non-jury trials to relieve a backlog in the judicial system.

His honour Michael Heath suggested that suspending trial by jury on a temporary basis could help alleviate the problem. Mr Heath said that while jury trials are “the cornerstone of our criminal justice system will implode”. However, while Covid has contributed to the backlog of cases in England and Wales it is certainly not completely responsible. I say England and Wales because that was the jurisdiction that Mr Heath was talking about when he made his ‘radical’ suggestion. His comments drew criticism from a number of quarters. Among them the Secret Barrister, an online cover name for a serving QC responsible for a best selling book about the workings, and at times shambolic, nature of the judicial system (His/her book is very good, I highly recommend it). The Secret Barrister argued that while the backlog of cases is unacceptable, “tearing up the right to jury trial, and replacing it with trial by a single judge and two magistrates” was not the answer. “It would be a disaster. Make no mistake.

“Whatever the arguments for and against jury trial, it is beyond dispute that trial by a single judge and two magistrates is a lesser form of Justice” the Secret Barrister added. There was a flurry of comments agreeing with the online expert about this proposed perversion of justice. Meanwhile in the North of Ireland we’ve had non-jury trials since 1973, and they remain in place 22 years after the signing of the Good Friday Agreement. The government technically abolished the old Diplock Courts in 2007. However, it give the Director of Public Prosecutions power to decide when cases should be tried without a jury, particularly if there was a chance of jurors being intimidated. That has to be reviewed every two years with it next under consideration in April 2021. And so if the argument is that dispensing with a jury speeds up the process, then the state of the North of Ireland’s judicial system would suggest that is simply not the case, not the sase

The trial of Colin Duffy (52) and his co-defdants Alex McCory (58) and 51-year-old Harry Fitzsimons is still ongoing in a Diplock Court in Belfast. The three men were arrested after an attack on a police patrol in north Belfast in December 2013.

It is now June 2020, any verdict in that trial is likely to coincide with the seventh anniversary of the gun attack the three men deny taking part in. And so the removal of a jury is certainly not the magic wand to speedy justice, not in the North of Ireland anyway. The underfunding of the legal system over many years has placed enormous stress on the system. But it goes deeper than that as anyone that has ever worked in a court in the North will tell you. The wheels of justice turn painfully slow in this part of the world.

There are plans under way to try and rectify that, to do away with committal hearings in serious cases that spend months bouncing around a Magistrates Court before being sent to the Crown where they were destined for anyway. A consultation is to be carried out to consider a strategic approach to restorative practices for adults in the criminal justice system.

Diversionary orders could be used to deal with less serious cases where there is no risk to the public. But all of this takes time, requires proper funding and a buy-in from all involved agencies. In the interim, victims often drop out of cases or are put through further truma having to live with the anxious anticipation of giving evidence for months, even years – a completely unacceptable situation. A decision on returning to the use of juries for serious or paramilitary trails remains years away. Will we once again have the extension of a ‘lesser form of Justice’ here in the North of Ireland, where there are frequent reminders that despite the words of Margaret Thatcher, when it comes to equality under law we are definitely not “as British as Finchley”.

AWith many thanks to the: Irish News and Allison Morris Security Correspondent  for the original story

‘I spent 17 and a half years in jail for somethig. I didn’t do. I intend to seek compensation – Patrick Livingstone.

A MAN jailed for the notorious murder of a council worker in Belfast nearly 40 years ago has had his conviction quashed. Senior judges declared significant uneasea about the safety of the verdict against Patrick Livingstone for the so-called ‘Good Samaritan‘ killing of Protestant Samuel Llewellyn.

Their ruling was based on the alleged brutality of RUC (scumbag) officers involved in securing a statement implicating the West Belfast man. Mr Livingstone (62) descibed the decision as a vindication of his fight to clear his name. He now plans to seek compensaton for the 17 years he spent behind bars for the murder. Mr Llewellyn was abducted as he delivered hardboard to repair homes damaged by a bombing in the Clonard area of Belfast’s Falls Road in August 1975. The council cleansing department worker, from Mossvale Street on the Shankill Road, was taken to a house in Lesson Streetw where he was shot eight times by the IRA. His body was wrapped in a sheet and put in the back of a van which was then set alight.

Residents of the lower Falls placed a large sympathy notice in The Irish News condemning the murder of a “man who came to the help of old people and residents”. The only evidence against Mr Livingstone at his trial came from three (discredited) RUC officers who interviewed him at Dundalk Garda Station and claimed he confessed to the murder. It was alleged that he taunted the policemen about the shooting, boasting they could do nothing about it because he had no intention of crossing the border. He disputed their account and denied the killing, with his defence claiming the RUC concocted a lying account. However, he was subsequently convicted at Belfast City Commission in May 1977 and sentenced to life imprisonment.

His case was reopened and referred back to the Court of Appeal by the Criminal Cases Review Commission (CCRC), the body set up to examine potential miscarriages of justice. The challenge centered on alleged police brutality towards another man who said he was beaten into signing a statement which claimed Mr Livingstone admitted the shooting to him. His allegations included : being put againt a a wall and hit across the stomach ; having chest and head hairs pulled out ; and being hooded, spun around and hit across the feet for up to 45 minutes. The CCRC also investigated the quashing on appeal of another man’s convictions for assualting two of the RUC officers who testified at the murder trial. Ruling on the case alongside two other judges, Lord Chief Justice Sir Declan Morgan held that the fresh evidence should be introudeced. He said the claims of police mistreatment was never tested and would have opened a line of inquiry “which might have affected the credibility of the police witnesses”. Sir Declan added : “Because of the non-disclosure the appellant lost the opportunity to pursure that line of argument.”

Evidence had also been raised of potential wrongdoing in testimony from at least some of the ( corroupt) police interveiwers, the judge held. He confirmed : “For the reasons set out we have a significant sence of unease about the correctness of this virdict and accordingly allow the appeal.” Mr Livingstone, who was in the Court of Appeal with his son Cormac and other friends yesterday, told how the outcome has been “a long time coming”. Speaking after the verdict, he said : “I feel totally vindicated. But there’s a lot more people than me, on both sides of the devide, who went through those Diplock Courts. “I spent 17 and a half years in jail for something I didn’t do. I intend to seek compensation.” Mr Liningstone’s 14-year-old sister Julie was murdered during the Troubles after being struck by a plastic bullet fired by the British army on Belfast’s Stewartstown Road duing the Hunger Strike of 1981. A brother Robin, who has written extensively about his sisters death ; is the editor of the West Belfast newspaper the Andersontown News.

For more on this story please follow the link at the top of the page : 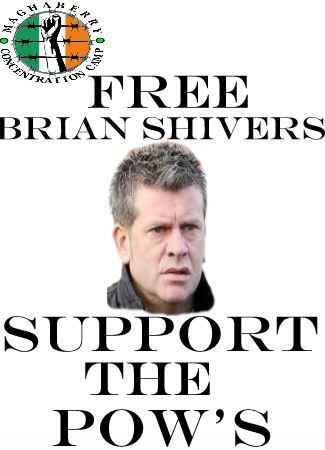 The verdict delivered in the trial of Colin Duffy and Brian Shivers yesterday is an indictment of British courts in Ireland. This trial from the outset was a show trial attempting to secure a guilty conviction against Republicans. The failure of the PSNI to apprehend those who were involved in the attack led them to try and frame these two men. We welcome the fact that Colin Duffy was acquitted as it was the only realistic verdict to reach given the total lack of credible evidence. However Brian Shivers, a man with a terminal illness has now been made a scapegoat for the failure of the PSNI. The sentence imposed upon Brian is in effect a death sentence and a gross violation of the due process of justice. Both these men wer…e denied the right to trial by a jury and instead had to face the prospect of a British judge being the sole authority. These courts are now being used as a tool of repression against all those who take a stand against the status quo.The internment of Marian Price on trumped up charges continues and the prisoners continue to be beaten and harassed by prison officers before their appearances in these diplock courts. We urge all Republicans and human rights advocates to stand behind Brian and his family, and those who remain interned in Maghaberry. To remain silent in the face of such violation of human rights is to acquiesce to it.