The use of non-jury trials in the North of Ireland will continue, with a government review stating they remain necessary due to “fear and intimidation” caused by paramilitaries.

Legislation allowing them must be renewed every two years.

The security service MI5 and the RUC/PSNI both supported the extension to 2021.

The Northern Ireland Office (NIO) said the “controlling influence” of paramilitaries meant juries should still not be used in certain cases.

Intimidated
The non-jury system, named after Lord Diplock, was introduced in 1973.

At the height of the Troubles, more than 300 cases a year were tried by a judge sitting alone, but now they number around 20.

The government technically abolished the old Diplock courts in 2007.

However, it gave the Director of Public Prosecutions temporary power to decide that exceptional cases should be tried without a jury, particularly if he believed there was a chance of jurors being intimidated.

Another reason for their use is when there is potential for jury bias because of a defendant’s background.

In announcing the latest extension, the government said it “remains fully committed” to ending judge-only trials “when safe and compatible with the interests of justice”.

Both Houses of Parliament must approve the move.

With many thanks to the: BBC News for the original story 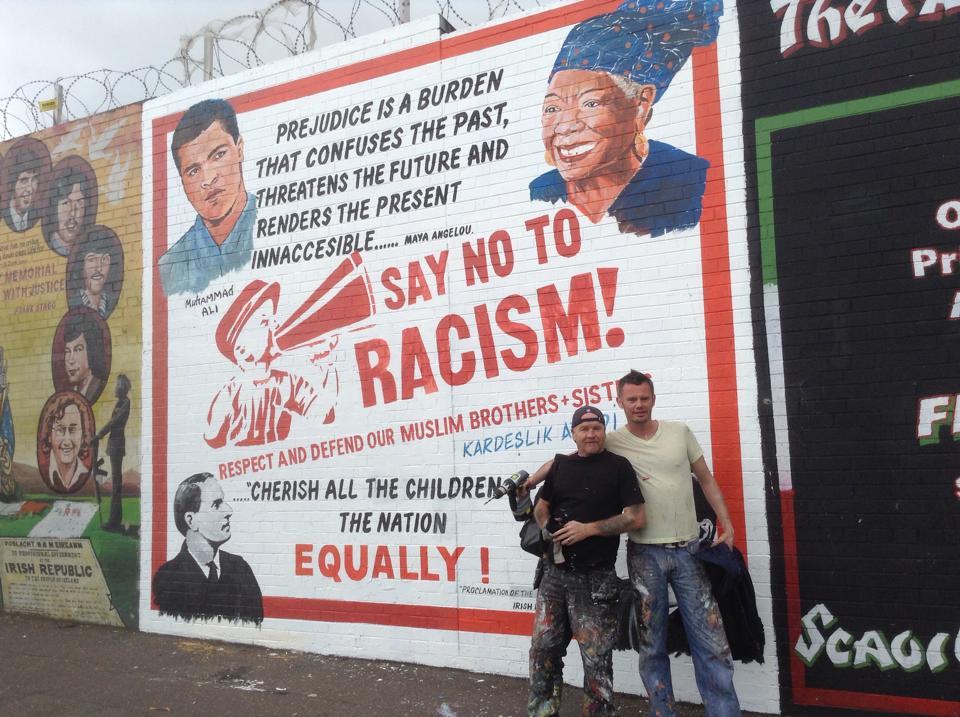 NOT only is sectarianism rife in loyalist areas but it seems that there is an orchestrated campaign of racism as well.

The sentiments expressed by Pastor McConnell and Peter Robinson can easily be interpreted by those behind this campaignacts bestowing a cloak of legitimacy for it. There has been speculation as to whther Robinson’s utterances breached the ministerial code which stipulates executive ministers should “operate in a way conductive to promoting good community relations and equality of treatment”. Of course the code also states as a result of the St Andrews Agreement: “We beleive that the essential elements of support for law and order include endorsing fully the Police Service of Norhern Ireland and the criminal justice system, actively encouraging everyone in the community to cooperate fully with the PSNI in tackling crime and actively supporting all the policing and criminal justice institutions, including the Policing Board.” That paragraph was designed to make participation in the assembly and executive conditional in support for British rule of law and was aimed at Sinn Fein.

It makes it necessary for Sinn Fein to call on its supporters to support British law. Yet republicans and nationalists have never felt that they have been treated equally under the law and that continues to be the case. 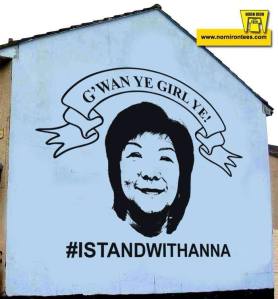 Take, for instance, the case of James Taggart convicted of disorderly behaviour inM May because he shouted Tiocfaidh ar la (our day will come) in public. His solicitor argued he was simply exercising his freedom of expression but the judge ruled that his freedom of expression rights were outweighed by criminal test of annoying members of the public. The judge also went on to point to a legal definition of the offence which covers words which would give annoyance to members of the public, including police officers, and attract attention meriting intervention. It does not have to be proved that anyone was actually annoyed, she said. James was convicted under “The Public Order (NI) Order 1987. Peter Robinson argued that Pastor McConnell was merely exercising his freedoom of expression but although James Taggart’s remarks were far more innocuous than Pastor McConnell’s or Robinson’s he could not relay on that defence. Does any republican or nationalist seriously think that Pastor McConnell or Robinson will be treated in the same way as James Taggart? What’s changed, where is or Island of equals?

With many thanks to: Sean O’Fiach, Belfast BTII, The Irish News.

THE decision by the RUC/PSNI not to fully investigate shootings carried out by the secret plainclothes British army unit, the Military Reaction Force, is a ‘travesty of justice’ according to the PFC. 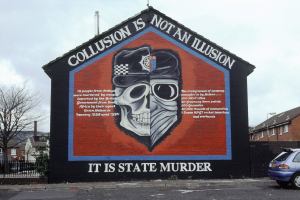 Following a BBC Panorama programme broadcast in 2013 the Director of Public Prosecutions asked the RUC/PSNI to investigate the activities of this undercover squad, one of whom, Clive Williams, is now living under an assumed name in Australia.

RUC/PSNI Assistant Chief Constable Drew Harris has now written to the Prosecution Service to claim that the,

“RUC/PSNI is of the view that none of the men featured have admitted to any criminal act or to have been involved in any of the incidents portrayed in this programme.”

Padraig O’Murigh, solicitor for the families of the two men (that is known) murdered by the MRF, Daniel Rooney and Patrick Mc Veispin watch.red below, told Radio Foyle that he was ‘not surprised’ and that it appeared that the RUC/PSNI had not even bothered to interveiw the undercover former British army soldiers featured in the programme.

The PFC and Justice for the Forgotten supplied declassed documents from Kew to the Panorama team and last year published a report on undercover units including the MRF availabe at: http://www.spinwatch.org/images/Countergangs1971-76.pdf – We also have been in contact with the solicitor for the families and are supporting their efforts to alert Australian authorities to the implications of the Panorama programme for Clive Williams.

The RUC/PSNI decision reinforces our long held view that the RUC/PSNI cannot under any circumstances be trusted to carry out impartial, independent investigations into so-called ‘legacy or historic’ cases. The RUC/PSNI is institutionally incapable of investigating killings and shootings carried out by an army unit that was operating in support of the RUC and whose activities in the early seventies were covered up by the criminal justice system  at all levels including the police. Any rigorous RUC/PSNI investigation would raise serious questions about the origional RUC investigation.

There are declassified documents which show extensive correspondence between the then DPP and the Attorney General following the ‘misaken’ arrest of a MRF unit which had just carried out a random gun attack on civilians. We would therefore urge PPS Director Barra Mc Grory to demand access to all the files held by the prosecution service on the MRF since it is clear that the RUC/PSNI is unlikely to open its files on the matter.

The Haass recommendation that an independent investigative unit should be created led by a figure with no links to the RUC/PSNI is the only way to resolve these issues. RUC/PSNI involvement in this ongoing cover-up is doing huge damage to the public confidence in current policing.

In a further attempt to disrupt the campaign to highlight the inhumane and degrading treatment of Republican prisoners in Maghaberry prison, the PPS – at the request of the RUC – has now levelled spurious charges against members and supporters of the F&F group.

These charges follow on from the recent spate of heavy handed house raids and arrests carried out over the past seven days in South Derry, East Tyrone and North Armagh.
The house raids and subsequent charges are clear attempts by the six county state and Owen Patterson – the English Secretary of State – to stem the growing awareness and discontent around the malpractice of the prison regime and the criminal justice system. The brutal practices of strip-searching and control movement, the internment of Marian Price and Martin Corey, the illegal detention of Gerry McGeough and the use of draconian laws are all examples of how little has changed in the operation of British Rule in the six counties. Far from being the ending of the nationalist nightmare that we were promised, we are now seeing the consolidation of the six counties as a police state.
That freedom loving people and Republicans are not prepared to accept the status of second class citizenship and turn a blind eye to these injustices has resulted in the British state forces becoming more and more desperate to quash any opposition to their mis-rule. Such desperation is reflected in the latest attempt to force the “croppies to lie down” and remain silent about their oppression. 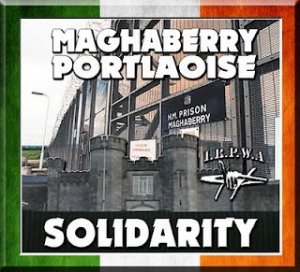 However, just as in the past, Irish Republicans will refuse to be cowered down by British repression and the F&F group will re-double their efforts to expose the injustices of British mis-rule. As part of the process to address all of these injustices we would also call on all of you and the Irish people to continue to support the activities of the F&F group and to do whatever you can to highlight the oppression being carried out before our eyes.