Ex-con Reilly set up Cogus POW in partnership with leading dissident Ta Cosgrove after he was booted out of community group Conflict Resolution Northern Ireland. The Sunday World can reveal he has gone cap in hand for funding to Co-Operation Ireland which is headed by former RUC Assistant Chief Constable Peter Sheridan, only to be turned down. An application was made for funding under Co-Operation Ireland’s Open Doors programme which seeks to engage with prisoners’ groups. The Sunday World understands Reilly and co were told they were not eligible for financial support.

On Saturday night a spokesperson for Co-Operation Ireland confirmed: “As a peacebuilding charity Co-Operation Ireland exists to engage with groups that support the peace process and are committed to non violence. “These groups include ex-prisoner organisations and many other community and voluntary groups, however we are not a funding body and hold no funds for distribution.” The move has been greeted with disdain and ridicule by his former dissy pals who have turned their back on him in droves. Reilly has refused to sign up to the newly reorganised New IRA and continues to style himself as the leader of the near defunct Óglaigh na hÉireann (ONH).

New IRA chief Thomas Ashe Mellon has been on a recruitment drive, hovering up OnH members and leaving Reilly isolated. The north Belfast man, who was jailed for directing the activities of the ineffectual OnH, has become a figure of ridicule. “He had to stop all the extortion because everybody refused to pay up,” said a well placed source. “What can he do about it, it’s not as if he can call on his men to dish out a beating, he doesn’t have any.” ONH under his leadership started to disintegrate last year, by spring of 2018 there had been a mass defection with members turning their back on the discredited terror boss and his political wing Republican Network for Unity (RNU). Reilly responded by issuing death threats to various senior members, the former national chairperson Gary McNally also received a threat, prompting further disgust at Reilly’s tactics. It has also emerged that former terror pal Seamus ‘Shay’ McGrane had turned his back on him. Sixty-four-year-old McGrane died in Portlaoise Prison in May where he was serving an 11-year sentence for directing terrorism. Best known as all-Ireland head of OnH, he had grown disillusioned at the direction Reilly was taking the dissident group. McGrane was buried after a low-key funeral devoid of all paramilitary trappings.

Reilly set up ‘community organisation’ Cogus with the help of his cousin Sean O’Reilly and Cosgrove after he was booted out of Conflict Resolution Northern Ireland (CRNI) after his release from prison. He has now put out the begging bowl to Sheridan, CEO of Co-Operation Ireland.

“Anyone who knows him knows he’d sell his own mother for a few pounds,” a source told us. “He’d do a deal with the Queen, really he should be hanging his head in shame instead of walking into that office in the Ardoyne as if he owns the place.” Reilly set up shop in offices formerly used by CRNI. The trio went on to employ convicted stalker Fernando Murphy (pictured above) as a youth worker despite knowing about his campaign of harassment against the daughter of a former partner. “How can someone like Fernando Murphy get a job as a youth worker considering what he has been accused and found guilty of?” Said the source. “It’s a disgrace but it goes to show that they think they can do what they want and so far they are getting away with it.” 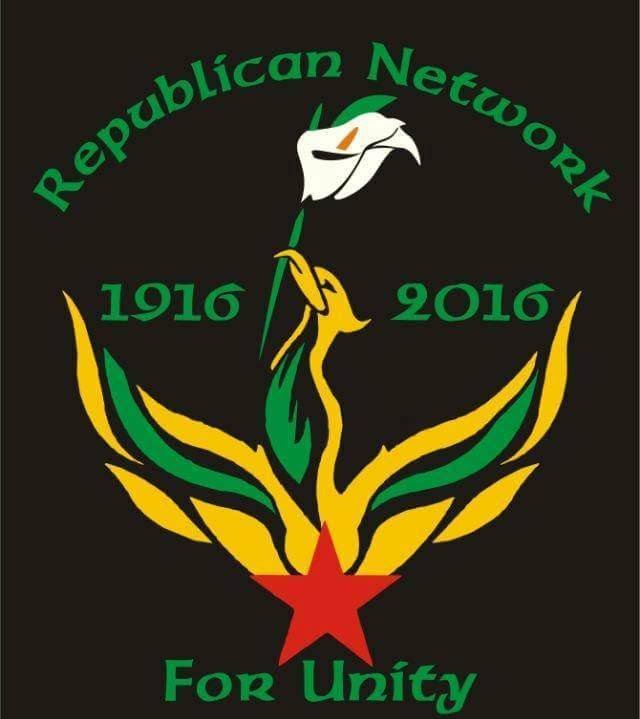 He said there was disbelief in the area that someone who considers himself the leader of a terrorist organisation can apply for public funds. The application was for two posts for Carl Reilly and Ta Cosgrove – however O’Reilly was left out of the application. The funding is also for ‘project costs’. “Cogus is not a charity, so questions exist for the CEO of the company, ex-RUC and PSNI officer Peter Sheridan, how he could hand funding over to a group with no charity or business status and one which is a department within a dissident political party whose associates are on trial for directing terrorism,” said one source. He said that Reilly, Cosgrove and O’Reilly had betrayed their republican principles.

With many thanks to the: Sunday World and Paula Mackin for the original and exclusive story