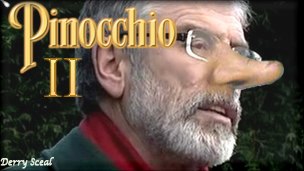 SINN Fein pPresident Gerry Adams has ruled out legal action against RTE and Marian O’Callaghan due to a lack of resources. It had been speculated in the aftermath of last week’s hard-hitting Prime Time interveiw that the Louth TD was considering suing the the Republic’s state broadcaster over Ms O’Callaghan’s dogging interviewing about Mr Adam‘s past. But speaking after Thursday’s meetingw with the family of Brian Stack, a Portlaoise prison officer murdered by the IRA 30 years ago, the former West Belfast MP quashed rumours of an impeding action. “Firstly what was said was clearly actionable but whether I would take on RTE, Prime Time and the rest of them with all their resources is a different matter,” he said. “One part of me has come to terms with the fact that there sections of the media who appear to think they can say what they want about me without impunity.” Mr Adams, who earlier flew to the United States to undergo private prostate surgery, said  he lacked the necessary resources to pursue a legal action.

” The family of prison officer Brian Stack asked me to meet them and this will take place on Thursday evening”- Gerry Adams.

SINN Fein president Gerry Adams will tommorow meet the family  IRA victim Brian Stack – the only prison officer ever to be assassinated in the Republic. The face-to-face meeting is to be held in Leinster House at 5.30pm. 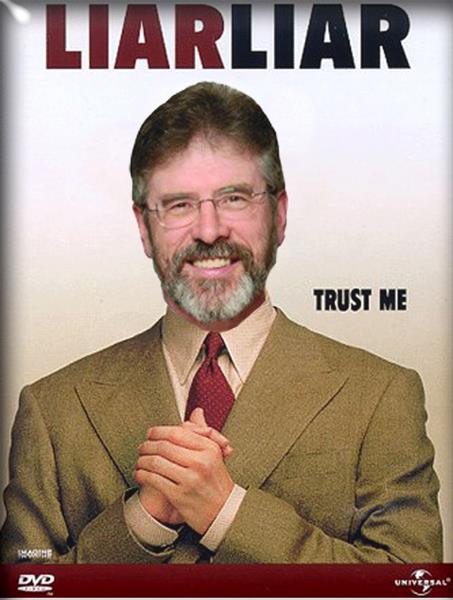 It follows a request from Mr Stack’s family who have been campaigning for decades for hisk killer to be identified. Mr Adams said they are not the first family he has meet who have been “in this same situation”. “Some were victims of the IRA. Others were killed as a result of collusion between British state forces and loyalist death squads, or by the British Army and RUC, the UDR and other armed groups,” the Louth TD said. “The grief and trauma suffered by all these families is the same. “The family of Prison Officer Brian Stack asked me to meet them and this will take place on Thursday evening.

In their request for a meeting, the family said they were : “Looking for answers and closure and in no way are seeking any form of revenge. “From our perspective an admission of responsibility accompanied by details of the reasoning for the act by those concerned would provide that. Mr Adams said he is “happy” to meet the family, but could not “raise expectation” that Sinn Fein leadership will be able to “resolve these particular matters”. Brian Stack was Chief Prison Officer at Portlaoise jail when he was shot in the back of the neck as he left a boxing match at the National Stadium, in Dublin in March 1983. He was left paralysed and brain damaged following the attack and died from his injuries 18 months later, aged 47.

With many thanks to : Bimpe Archer, Irish News.

SHAME FEIN leader Gerry Adams has revealed he was in North Louth when farmer Tom Oliver was abducted and murdered by the Provisional IRA. However, Mr Adams rejected as a “reprehensible accusation” a claim that he had been the sole member of the ‘Court of Appeal’ that decided Mr Oliver’s fate.

The 37-year-old victim, from Riverstown on the Cooley Peninsula, was found shot dead in Belleeks, Co Armagh, in July 1991. Before his murder, the father-of-seven had been tortured by the IRA who wrongly claimed he was a Garda informer. At one time, a relative of Mr Oliver told reporters it appeared that the killers had “thumped him senceless til he’d no idea where he was or what he was saying”. Speaking to RTE‘s Prime Time, Mr Adams admitted that he had been “In the Cooleys” when the farmer was taken and killed. He said he had been on holidays with his family and had had no involvment in the events that led to Mr Oliver’s death. Mr Adams said the killing was “to be condemned” but he criticised presenter Mariam O’Callaghan for suggesting he had played any role. The Louth TD also rejected claims by former Provisional IRA members Dolours Price and Brendan Hughes that he had a role in the 1972 murder of mother-of-10 Jean McConville. Mr Adams said his accusers, both now dead, were “telling lies” because they “thought I had sold out. They thought I was a traitor”.

With many thanks to : Valerie Robinson (Southern Correspondent), Irish News.

SINN Fein President Gerry Adams cconfronted his brother about allegations that he sexually abused his own daughter from the age of four, Belfast Crown  Court was told on Tuesday. After Wine Adams told her mother about what had happened to her when she was a child,she, her mother and her uncle went to confront her father Liam at a house in Buncrana, Co Donegal, in 1987, a jury heard.

Liam Adams, of Bearnagh Drive in Belfast, denied the allegations. He went on trial on Tuesday accused of 10 counts of rape, indecent assault and gross indecency against his daughter when she was aged between about four and 10, between March 23 1977 and March 24 1984. Opening the prosecution case, Ciaran Murphy QC told the jurors that their role was set aside any feelings of sympathy or prejudice, assess the evidence and decide who was telling the truth. Once they had heard all the evidence they would be firmly convinced of Liam Adams’s guilt, he said. Mr Murphy said Ms Adams (40) would allege that when she was a child her father indecently touched her body, forced her to preform sexual acts and to touch him and had sexual intercourse with her from about the age of five. Mr Murphy said Ms Adams’s parents ‘ marriage was not a happy one and there were many occasions when her mother left the home.

” While her mother was in hospital giving birth to her brother Connor, Liam Adams went into his daughter’s room, touched her inappropriately, forced her to touch him and then raped her,” the court heard.

It was then, when Ms Adams was left alone with her father, that he abused her, the lawyer said. He said the first incident Ms Adams could recollect was whens she was about four years old and living in West Rock Drive in West Belfast. She said her father came into her room and started touching her. In ccombination with the further sexual allegations ” it can be inferred that the touching was indecent “, Mr Murphy said. The next set of three charges of incidecent assault, gross indecency and rape relate to when Ms Adams was about five years old. While her mother was in hospital giving birth to her brother Connor, Liam Adams went into his daughter’s room, touched her inappropriately, forced her to touch him and then raped her, the court heard. Mr Murphy said Ms Adams would testify about an occaision after the family moved to a property in the Lenadoon area, when she was still about five years old. She had her own bedroom but her father came into her room, the court heard.

Mr Adams was wearing a sheep-skin coat, Mr Murphy said. ” He had just come into the house and she alleges that he touched the area where her breasts would have been…. and kissed her in a vulgar way,” the lawyer said. He continued to touch her inappropriately and raped her, the court was told. Another incident is alleged to have occurred in a bungalow in the New Barnsley area to which the family had moved in the summer of 1981. On that occasion Mr Adams went into his daughter’s bedroom, abused her and forced her to preform a sex act, the court was told. Mr Murphy said the final count related to an allegation that Mr Adams raped his daughter when she was about 10 years old in a flat to which he moved on Antrim Road, in the North of the city, after the marriage to her mother broke up. Mr Murphy said first he told her mother Sarah the allegations in 1986 and that a short time later they went with Gerry Adams to Co Donegal to confront Liam Adams. Ms Adams told police about the alleged  abuse in 1987 and gave a statment but told them she did not wish the matter to go any further and moved to Scotland, the court was told. By 2006, however, she had come back to Belfast and again raised her complaint with police who arrested her father and interviewed him three times. Mr Adams denied the allegations and denied that his brother, ex-wife and daughter had ever confronted him about them. The trial continues.