THREE of the most high-profile republicans in the North of Ireland appearing in court together was always going to attract a huge amount of attention and it was standing room only in court 10 at Belfast’s Laganside complex on Tuesday. 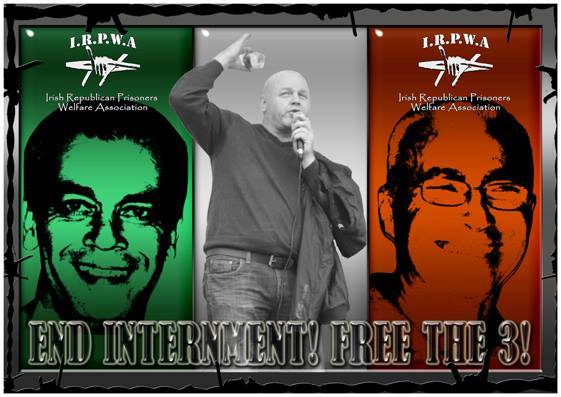 Co Armagh man Colin Duffy was joined in the dock by Harry Fitzsimmons, only recently released from Maghaberry Gaol after serving a sentence for abducting Bobby Tohill in 2004, along with Alec McCrory, a long-serving IRA prisoner and ‘blanket man’. The trio face a series of charges including involvement in a dissident Republican gun attack on police vehicles in North Belfast earlier this month. A Kalashnikov-style weapon was recovered during a follow-up search of the Ardoyne area following the shooting on December 5. The public gallery was packed to capacity with family members and supporters. Several loyalists charged in connection with July 12 violence appeared nervous as charges were put to them with such a large republican audience looking on. Recognisable faces among the supporters were Coalisland man Kevin Barry Murphy, North Belfast republican Brendan Conway and independent councillor Angela Nelson. Dressed casually when brought up from the court’s holding cells to the dock, the three accused remained impassive throughout the short hearing. They refused to stand while charges were read out and refused to answer when they were put to them. A detective said he could connect the accused to the offences. The men’s solicitors said they would not be applying for bail at this time. The hearing lasted less than five minutes, and as the three were taken back into custody supporters in the public gallery clapped and cheered. Magistrate Fiona Bagnall ordered the court be cleared. There was a heavy police presence outside the courthouse as the  three were taken from the court to Maghaberry Gaol in a blacked-out prison van.

With many thanks to: Allison Morris, The Irish News

Arguably the most recognisable face of anti-agreement republicanism, the Co Armagh man was acquitted in January 2012 of the murder of two British soldiers at Massereene army base in Co Antrim in 2009, having served a lengthy period on remand. In 1993 he was convicted of the PIRA murder of UDA man John Lyness but was acquitted on appeal. The 47-year-old was also detained followng the IRA murders of constable David Johnson and John Graham in Lurgan in June 1997, shortly before the second IRA ceasefire but the charges were dropped due to insufficient evidence. In November last year he was arrested by detectives investigating the murder of prison officer David Black but was released without charge. His most recent arrest was in May of this year when he was qustioned about dissident republican activity before being released unconditionally. Once the most senior member of Shame Fein in the Lurgan area the hard line republican left the party prior to the decision to endorse policing. He was briefly a member of eirigi, but left the party shortly before his arrest for the Massereene attack. 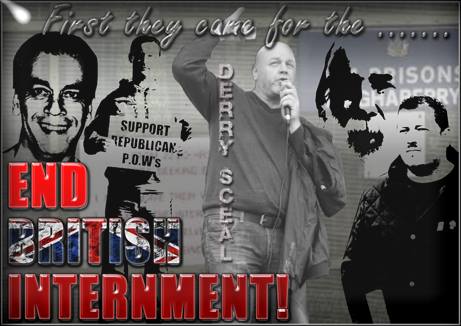 The West Belfast man served two periods of imprisonment for the Provisional IRA. He was one of the youngest prisoners to join the blanket protest after being jailed in 1978 at the age of 17. He was imprisoned for a second time in the 1980s and served 14 years for possession of a bomb. In 2011 he was the first person in the North of Ireland to make an offcial complaint to the Investigatory Powers Tribunal over what he claimed were repeated attempts by MI5 to recruit him as an agent. More recently he has acted as a spokesman for republican prisoners held in Maghaberry.

HE was released from prison in May of this year after serving a jail term for the abduction of dissident Bobby Tohill in 2004 from a Belfast city centre bar. Tohill was rescued by police who rammed the van he was being carried in, he later refused to give evidence against his abductors. The event nearly jeopardized the Peace Process as the Provos were on ceasefire at the time. Fitzsimmons and his co accused went on the run in 2006 while awaiting sentencing, he was extradited to the North after being arrested in Dundalk in November 2009. While in Maghaberry he spent most of his sentence on protest against the prison regime. He was arrested last month and questioned about the murder of drug dealer Kevin Kearney but was released without charge. Since being released he had been living in North Belfast, however, after receiving death threats his address was given on Tuesday as of ‘no fixed abode’.