It struck me as bands approached the Garden of Remembrance how reverently they stopped their music and removed their hats as a mark of respect. I wonder why they don’t do this when passing all places of worship – Tom Kelly.

This wasn’t the usual disaffected youth but men old enough to know better, attacking police lines with everything they could lay their hands on and cheering as officers went down injured – Allison Morris.

A CAR was hijacked and set alight, roads blocked and a police officer was injured during a third night of loyalist violence. Loyalists threw petrol bombs and other missiles at police in the Woodvale area of North Belfast shortly before 11pm yesterday.

One officer was injured. Police fired two baton rounds. Earlier the disorder spread to Newtownabby, Co An trim, where a car was set alight, blocking the main O’Neill Road. Youths gathered near the road and began throwing stones and other missiles. There were unconfirmed reports of a second car being torched. Five men and boys, aged between 15 and 25, were arrested on suspicion of riotous behaviour. Large crowds blocked Albertbridge Road in east Belfast late on Sunday night, close to the interface with nationalist Short Strand where violence broke out on Friday and Saturday evenings. There were also reports that loyalists had blocked roads in Antrim, the Mount Vernon area of Newtownabbey and the Square in Ballyclare. Members of the Orange Order have ccontinued to take part in street protests in north Belfast despite the Grand Orange Lodge of Belfast having called a halt to all action following the weekend’s rioting. The order released a statement at 1am on Saturday after six hours of sustained violence in north and east Belfast, saying it was “suspending” all further action.”In support of the Grand Orange Lodge of Ireland appeal for calm, the Ligional lodges with the full support of the County Grand Orange Lodge in Belfast have decided to suspend their protest in relation to the determination for the Crumlin Road,” a spokesman said. About 50 people including members of the order wearing collarettes and holding banners aloft gathered at Twaddell Avenue on Sunday, ignoring the Grand Lodge’s call. 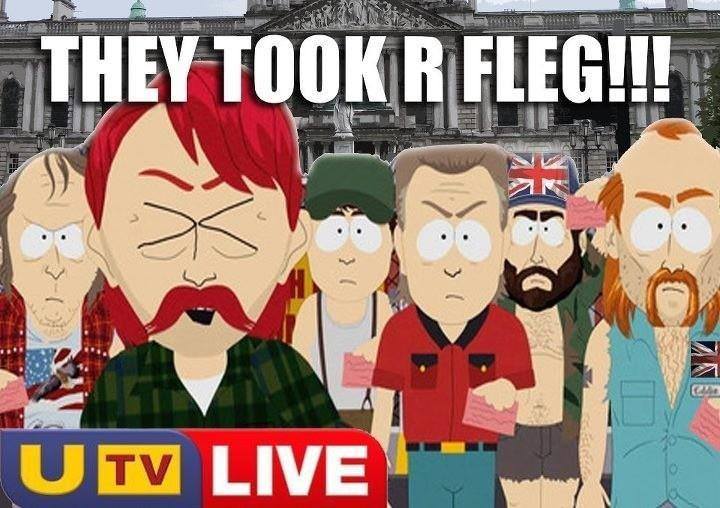 During the protest community representives were at the nationalist interface to prevent sectarian clashes. Police continued to maintain a large-scale security presence at Woodvale Road where loyalists have clashed with police for the past three nights. A small loyalist protest took place at 3pm on the Crumlin Road. Six people draped in the union flags stood in the middle of the road watched by police in Land Rovers parked nearby. No spokesman for the order was available for comment on Sunday. Sunday night’s violence and roadblocks came after First Minister Peter Robinson called for an end to rioting following the annual Twelfth demonstrations. He said protesters needed to follow the Orange Order’s call for the suspension of demonstrations over restrictions on a parade past the Ardoyne shops flashpoint in north Belfast. “It’s very important that cool heads prevail in these circumstances and I hope people will obey the announcement and statement by the Orange institution that people should desist from violence,” he said. “The only kind of protest that is ever justifiable is a lawful and peaceful protest.” Mr Robinson’s comments come after he Tweeted on the evening of the Twelfth claiming that nationalists from Short Strand had attacked an Orange Order parade on lower Newtownards Road.

With many thanks to : Claire Simpson and Allison Morris, The Irish News.