” Why don’t people ask  ” why are repubican’s Internment by remand iintroduced by England and approved by the Stormount assembly !

IN OCTOBER last year Emmet McElhatton’s uncle Kevin Murphy, was released from prison where he had been on remand for a year. Charges linking him to a bomb-making factory were dropped. During a bail hearing in September 2011 police described him as a member of the Real IRA‘s army council and the group’s leader in East Tyrone. 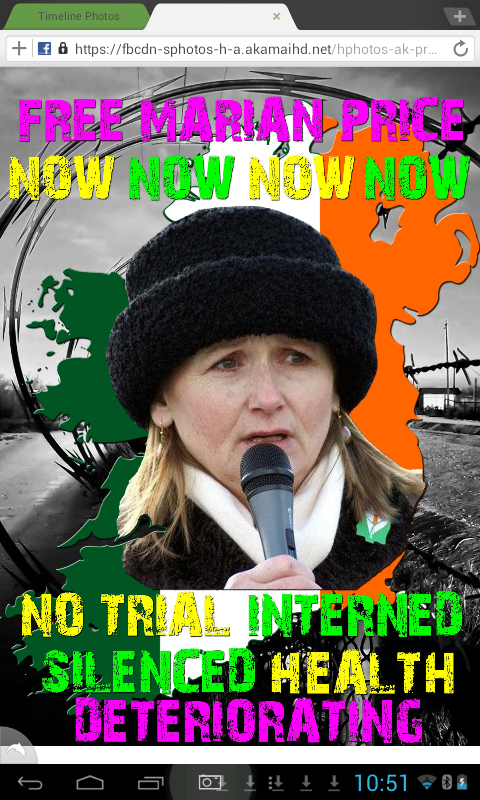 Charges that stick to you for life and that you are unable to sue the PSNI/RUC for faulse allegations because they are the so-called rule of law. They can hold you on faluse allegations for one year then drop all the charges and you legally don’t have a leg to stand on as ” they are the so-called fucking law ” lol. In an inerveiew with The Irish News, Mr Murphy denied being a member of any repubilcan organisaton. In 2004 he was one of four men cleared of conspiring to kill police and British soilders and of possecession of a rocket launcher near Coalisaland RUC station.

Solicitors for the four said the men had been lured to the area two years previosly by alleged informer Gareth O’Conner. Mr McElhatton said the republican Damien McLaughlin had also been mentioned to him by people he beleived were MI5/MI6 officers. The Irish News reported last week that Secretary of State Theresa Villers revoked McLaughlin’s early-release licence amid claims he ” poses a risk of harm to the publc “. The 36-year-old is on remand in Magheberry Prison accused of supplying a car used by a group calling itself ” the IRA ” during the shooting a prison officer David Black in November. In 2011 he was released from prison after serving part of a four-and-a-half-year sentence linked to the discovery of guns in his car in 2009.

With many thanks to : Connia Young, Irish News.