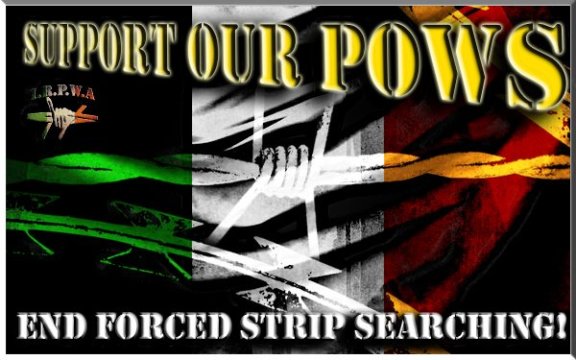 It has been brought to the attention of the IRPWA that POWs on Roe 4 in Maghaberry have been placed on 24 hour lock up since Saturday 7th April.

It appears that the sectarian regime in control within Maghaberry gaol are adopting this as a punitive measure in response to the wearing of Easter lilies by the POWs.


Lilies will be worn by the POWs until 12am on the 11th April.


The IRPWA condemn the defacto punishment adopted by this outdated regime which proves,if proof were necessary, that parity of esteem is non existent in either the British gaol or the British statelet and the remembrance of Irish patriot dead will not be tolerated by either.