LURGAN republican Colin Duffy says current conditions on Maghaberry prisons Roe House wing “could be equated to the harshness of what took place in the late 70s and early 80s” in the notorious H-Blocks.

He was speaking exclusively to the Andersonstown News just days after he was acquitted at Antrim Crown Court of the murder of British soldiers Mark Quinsey and Patrick Azimkar at Massereene Barracks in March 2009.

Up until his acquittal and subsequent release from Maghaberry, Mr Duffy, 44, had been taking part in the no-wash protest by republicans in the jail’s Roe House wing in protest at the continued use of forced full body strip-searching by prison authorities in defiance of an agreement painstakingly worked out in August 2010.

The agreement, which was reached between the republican prisoners and prison authorities with the help of independent facilitators, was supposed to do away with full body strip-searching in the prison in favour of the BOSS chair scanner and other technology.  The agreement also allowed for a gradual reduction of controlled movement for republicans within the Roe House wing.

However, the agreement was to break down after only a month when prison bosses claimed it did not cover strip-searching in the reception area of the facility and after  demands from the Northern Ireland Prison Service that the  humiliating practice was “essential” for security reasons.

Mr Duffy, who had been held in custody at the prison since 2009, said he was forcibly strip-searched on 76 occasions after the collapse of the Roe House agreement – an agreement which he was instrumental in bringing about as a leading negotiator for republican prisoners.

Speaking to the Andersonstown News in his Lurgan home this week, Mr Duffy described one particular full body strip-search during which guards tried to force a prison-issue jumper on him.

“It was the first strip-search that I got and I remember it quite vividly as I was going out to court,” he said. 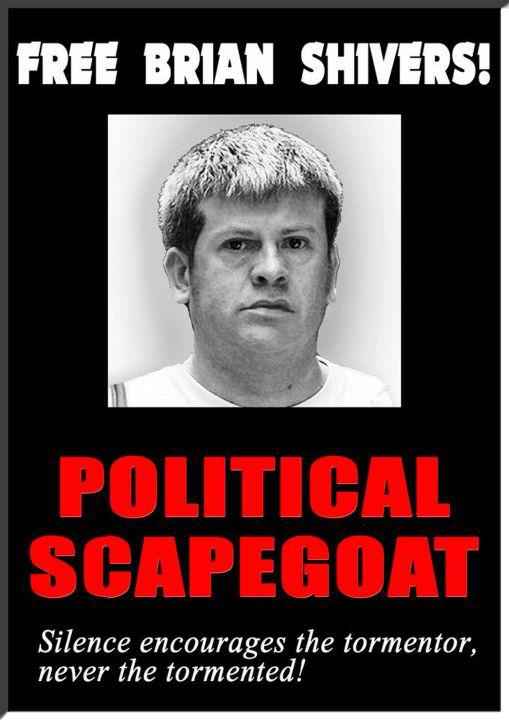 “I took my coat off and I remember standing in the cell.  They asked me if I was going to strip and I said no, I wasn’t, and that I wasn’t going to offer any resistance to them doing it. Between four and six of them then came in in full riot gear – helmets, shields, padded gear, the whole lot – and welted me against the wall straight away with the shields.

“They didn’t even try to take the top half of my clothing off, they just got the scissors out and cut it off me. They had my wrists in locks and they cut the clothes off me. They then went through the rest of the process, which was stripping me entirely naked. Afterwards they put the bottom half back on but obviously I had no top clothes on as it had just been cut off.  This was quite deliberate, as it transpired, because they went and got a prison jumper for me, and we all know what the connotations are for a republican prisoner in relation to the prison uniform and what happened in the blanket, the no-wash and the hunger strike era. It was entirely palpable to me, the sense of elation from the people who were putting it on me. I was shouting to them to send over to the wing to get my other clothes over but they were just going ahead and forcing the prison jumper on me. I remember shouting, ‘Get this trash off my back!’ and they were smirking and smiling, as they knew fully the symbolic nature of what was taking place right there and then. They then moved me over to the reception area for me to go to court and took the cuffs off me. I immediately threw off the jumper and hurled it to the ground. I had no top on, so I put the coat on and ended up going to court like that.”

Mr Duffy said the searches are designed to break the prisoners’ will.

“They are physically hard on you straight away and drag you to the ground, put you in all sorts of headlocks, wristlocks and armlocks,” he said.

“They are deliberately inflicting as much pain as possible on you even though you’re shouting throughout, ‘I’m not resisting this, there’s no need for this’ etcetera. It didn’t matter to them, their policy was to go in hard and physically break you. Throughout the actual searches they will be whispering to you that you’re filth, you’re scum and this is all while they are inflicting all sorts of pain and you’re lying there with your genitalia on the floor. They just don’t care. Full body strip-searching is not necessary and it’s designed to humiliate and degrade people. In my opinion there isn’t any need for it.”

He reiterated claims made in the January 14 edition of the Andersonstown News by representatives of the campaign group Family and Friends of Republican Prisoners in Maghaberry that long-serving prison staff members were the main instigators of the strip-searching.

“The guards who are connected to the personal aspect of actually stripping you, some of them are screws that I would have encountered years ago and, in my opinion, the bitterness is just hanging out of them,” he said.

“They can’t disguise it and so they don’t even try to disguise it. Some of them have been there a long time and some of them are new, younger screws going about their business in the old-school way – they aren’t all of the old guard but they are of that mentality.”

“I was in Crumlin Road Gaol in that period and also prior to the segregation protests which was around the time you had the bomb exploding in the jail,” he said, referring to the 1992 IRA bomb in the prison canteen that killed two loyalist prisoners.

“I moved down to the H Blocks in 1995/96 and it was relaxed enough at that stage of the game. There’s no parallel to how Maghaberry operates nowadays in comparison to the H-Blocks of that period when you had political status. But when I went back into prison in 2009, into Maghaberry, there wasn’t any continuation to the system that was in the H-Block.  Now, in fact, you could equate that to the harshness of what took place in the H-Blocks around the time of the late-70s and early-80s, that’s the type of scenario we’re talking about there in Maghaberry. When you are coming from that H-Block environment down to Maghaberry now and you see the attitude of the screws and the prison administration now and how they view people who class themselves as political prisoners, you do sort of say to yourself, ‘Here, listen, what happened to all that was won in relation to achieving what was in the H-Blocks?’ They’ve obviously tried to erode it away.”

Speaking about the negotiations on the Roe House agreement in the run-up to August 2010, Mr Duffy said the key issues that the prisoners wanted addressed – strip-searching and controlled movement – were in reality not “major things”.

“We were quite open to letting them [the prison authorities] phase it all in, even though some of our people wanted it all done there and then. We were reasonable. But within days of the agreement  being signed there was a decision taken somewhere to start trying to claw back what had been agreed.

“Even the facilitators to this day say their interpretation of what was agreed is the prisoners’ interpretation. I remember Peter Bunting [Irish Congress of Trade Unions]  saying to me, ‘That’s it, you have achieved what you set out to achieve, there will not be another republican prisoner strip-searched anywhere in this jail again.’ But the whole agreement isn’t being implemented and it didn’t even begin to be implemented because of the prison trying to renege on it.”

Mr Duffy believes that more needs to be done politically to resolve the prison issue.

“Some of these people [Sinn Féin MLAs] would have been directly involved in the blanket and no-wash, hunger strike era of the H-Block,” he said.

“As a republican, you do expect that given their more intimate knowledge of what took place then, and what has taken place in Maghaberry now, they could be putting more effort into resolving it. We have met delegations from Sinn Féin, the SDLP, the Justice Department, the Justice Committee, and we have impressed upon them each and every time our position in relation to what needs to be done to resolve the situation, but there’s just nothing happening.”

Mr Duffy accepted that support on the streets for the current no-wash protest was significantly lower than for similar protests in previous years. He thinks that’s due to perceptions of the prisoners involved and their affiliations to various groups.

“Obviously the public support is not comparable to the amount of street protest that went on years ago in relation to that protest,” he said.

“But that doesn’t take away from the striking similarities to what is actually taking place in the jail today. I don’t think you can divorce what went on in the jails years ago in relation to the criminalisation strategy the British had from the criminalisation policy that’s happening now. It might be subtler now, but I think it’s there and it’s behind a lot of the thinking in relation to the decision makers and the people who have the power to resolve this issue. It’s a case of them not wanting to accept that there are republican prisoners in jail still to this day when they want to portray the North of Ireland as a done deal.”

Mr Duffy said it was now up to the prisoners to decide if the no-wash protest should be escalated.

“No-one wants to be living in that situation long-term, so tactically they will debate and discuss amongst themselves as to what’s the best way forward,” he said.

“If they agree to bring the BOSS chair into the reception area and agree to withdraw controlled movement gradually, that’s how to resolve it. I don’t think that anyone would agree that locking people up for 23 hours a day is a regime that should be in any jail.”

The Lurgan man added that he now intended to campaign as a free man for the full implementation of the Roe House agreement.

“I’m a republican and a political activist and I don’t intend to stop being that,” he said.

“Obviously there are issues that are still there and still relevant, so I will be involved in the Family and Friends group campaign.

“I’ll be supporting them no matter what.”

With many Thanks to : By Gráinne Brinkley , Andersonstown News