A vision of hope and inspiration

New Year Statement from the leadership of Republican Sinn Féin

Republican Sinn Féin extends fraternal New Year greetings to all of our comrades, friends and supporters both at home and abroad. The coming year will be a challenging one for working-class people in Ireland and across Europe. The threats facing us are manifold. Economically people are faced with the consequences of the austerity programme imposed on them by the EU political and financial elite. For Irish Republicans increasing repression highlights the reality of the old imperialism of British rule in Ireland.

The economic policies being pursued by the Leinster House and Stormont regimes are all part and parcel of the same finance capitalism which created the present world economic crisis. The very markers of a civilised society – the right to health, education and protection of the most vulnerable – are being sacrificed to uphold a failed and undemocratic EU. This should serve as a call to arms to all who wish to build a new world from the ashes of a failed political and economic model.

In the 26 Counties the introduction of a regressive property tax presents working people with an opportunity to find their own voice and strike the first blows of resistance against the Leinster House political class. Republican Sinn Féin is calling on people to refuse to register as a first step to refusing to pay this unjust tax. 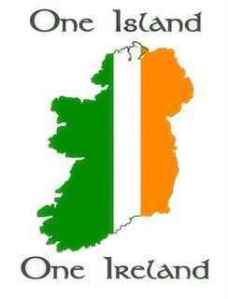 In the Middle East people are being applauded for their courage in taking to the streets to seek political change but in the Occupied Six CountiesIrish Republicans are being prosecuted for doing the same thing. In January our President Des Dalton and Vice-President Fergal Moore, along with 35 others, are being tried in Craigavon for taking part in a march in Lurgan in January 2011 calling for the release of the interned veteran Republican Martin Corry. This represents part of a pattern of repression directed against Republican Sinn Féin and all of those who refuse to accept British occupation and the partition of the historic Irish nation. The Craigavon trial is an attempt to force Republicans off the streets. We will not bow to such intimidation and reaffirm our commitment to resisting British imperialism in Ireland.

We also take this opportunity to extend greetings and solidarity to the Republican POWs in Maghaberry and Portlaoise prisons. These men are imprisoned because they refused to compromise on Ireland’s right to national freedom. We pledge our continued support to the Republican prisoners in Maghaberry prison in their ongoing struggle for the right to political status. We also renew our call for the release of Martin Corey and Marian Price, both of whom are political hostages held without trial in Maghaberry prison simply because of their political beliefs.

In 2012 Republican Sinn Féin will be launching our build-up to the centenary of the 1916 Rising with a one-day seminar in Dublin on April 21 entitled Who Fears to Speak of Easter Week. We will be appealing to all who wish, as unapologetic Irish Republicans, to commemorate the sacrifices of the men and women of Easter Week to join with us in planning for 2016. As the legitimate inheritors of the mantle of 1916 Republican Sinn Féin will commemorate 1916 not merely as an historic event but as a task yet to be completed with a living message for the Ireland of today.

As Irish Republicans we are the successors of a revolutionary tradition which stretches back to the foundation of the Society of United Irishmen220 years ago. For this reason we make no apology for guarding the integrity of that tradition from all impostors or criminal elements who would attempt to besmirch it or misuse its noble title.

The year ahead will be difficult but it also provides many opportunities to further our goal of creating a New Ireland. ÉIRE NUA and SAOL NUA set out a vision of hope and inspiration for an Ireland which truly “cherishes all the children of the nation equally”. Our duty as revolutionaries is to confront the twin imperialisms of British occupation and EU finance capitalism and in so doing shape an Ireland worthy of the high ideals of the 1916 Proclamation.